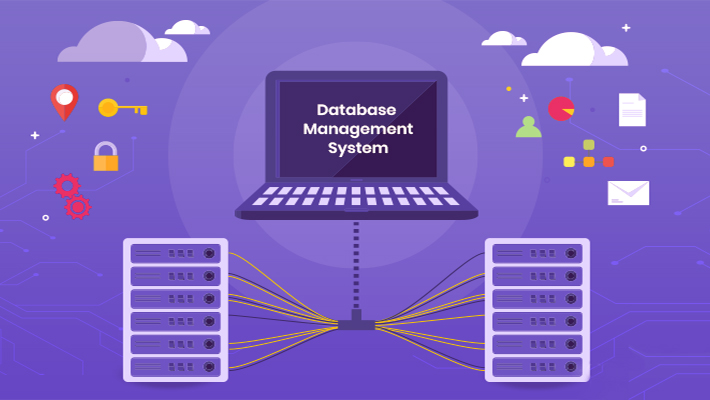 In 1970, a journal named Communications of ACM published a paper named ’A Relational Model of Data for Large Shared Data Banks’ by Dr. E. F. Codd. The concept of a Relational Database was given a theoretical and mathematical foundation in this study. A relational database is a type of information system that displays information in the form of rows in tables with one or more columns.

However, there were several drawbacks to using these database systems. Data retrieval was impossible for the non-programmer unless a specific program was built. To complete simple tasks, numerous programs had to be modified.
Relational databases were developed in the 1980s, allowing users to analyze data through interactive queries and reports.

RDBMS (Relational Database Management Systems) is software that manages relational databases and is provided by vendors (for example, Oracle).

SQL is a non-procedural language that allows users to specify how they want to access and alter data. In the later stages of this dbms tutorial, we’ll learn more concepts about database management.

An entity is implemented as a database table. Attributes of the same are implemented as Columns and a single set of column values as Row(a.k.a Record).

There is no way to order the table. The order in which rows are obtained can only be specified by a programmer. This is one of the Relational Database’s power packs since it allows you to examine tables abstractly rather than physically.

Columns, like rows, do not have any sorting. The columns are returned by SQL Query in the same order as they were when the table was created. They can, however, be stated in order. It is also possible to change the columns without impacting the others.

Each entity contains a collection of properties that define a row uniquely, as explained in the previous section. This helps in removing duplicate data from the database, implying that each table has a Primary Key. The term “data integrity” describes this concept.             Eg: Each employee in a company has a distinct ID.

Can a primary key be Null?

There is a rigorous restriction in Relational Theory that no portion of PK can be null. This is self-evident since PK uniquely identifies a row; if it is Null, it cannot identify anything.       Eg. a Course without a CourseID cannot be identified.

Foreign keys can be used to define relationships between tables. A foreign key can be one or more columns for which the PK of the second table contains a set of possible values. When values in a foreign key column are restricted to the referencing PK, referential integrity is established.

Null Values are the primary distinction between relational and non-relational database technologies. The term Null denotes that a column’s value is either not applicable or unassigned.

A relational database allows the user to fix the column value equal to null or perform a test if the column is null.

Normalization theory is basically the study of tables, columns, and the dependency of the same.
Following are the normalization objectives

A table is said to be in First Normal Form(1NF) if all of its attributes are atomic i,e. each attribute should consist of a single fact about the entity. eg. When recording a piece of information about a student, he/she might have given 1 or more contact numbers which will be stored in a single field. For a table to be in 1NF, this contact field should be changed accordingly to consist of only one entry(contact number in this case).

For an entity to be in Second NF(2NF), two conditions should be satisfied namely, the table must be in 1NF and all columns must depend on PK.

To be in Third Normal Form(3NF), columns of a table must be entirely dependent upon the primary key. Entirely is the keyword here to be focused upon.

This concept is often referred to as the Derived Column. In the above example, DeptChairPerson can be derived using DepartmentID.

DO’s and DON’Ts of Normalization

With this, we are at the end of the DBMS Tutorial. This blog covers the basic concepts of database management systems. We hope that you were able to gain valuable insights from the same. Apart from a DBMS Tutorial, you can also learn by taking up various free online courses. Happy Learning!