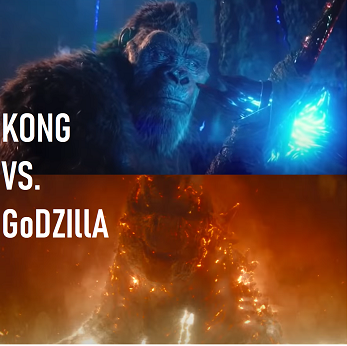 Who will win in the Godzilla VS Kong 2020 movie? If you have also been thinking about this question, then you have arrived on the right website. You might already be aware of Godzilla and Kong’s powers and abilities. These giants are so strong that they can defeat multiple enemies at a time and quickly take down the whole military in a few hours. Both super-heavy and immense animals are capable of fighting for an extended duration without any significant fatigue.

But, how would be a battle between these both monsters? If King Kong and Godzilla go toe-to-toe with each other, they will cause millions of tons of destruction on the battlefield.

If you have a keen curiosity to know who can win in Godzilla vs. Kong 2021, you must continue reading this article. We will try to explain who can win the battle if Kong and Godzilla have a one-on-one fight.

Godzilla VS Kong 2021: Which of These Giants Can Win?

The victory depends on the situation, overall abilities and powers, outside help, and more. The critical factor determining who will win in 2021’s Godzilla VS Kong is the movie’s plot.

From what we have watched in the movie’s trailers and promotion clips, it seems like King Kong will have the upper hand throughout the film, but it could also go either way. By watching promotional trailers, we can see that Kong will fight on behalf of human beings, so he will also be getting the best possible assistance from the earth’s most powerful militaries.

Even though Godzilla has unbeatable physical strength, energy manipulation, and durability, he can’t overpower all human forces and the mighty Kong at the same time. Godzilla’s most effective weapon against his enemies is the atomic breath, which melts down everything that comes in its way.

On the other hand, King Kong is oversized and has unmatched abilities, including superhuman strength, speed, agility, reflexes, and endurance. The significant advantage for Kong is that he is a highly experienced warrior and has fought many battles alone without even a little assistance. Unlike Godzilla, Kong also has fully functional and super strong arms and legs, like humans, providing him more control over his enemies and environment. Another major advantage for Kong in Godzilla vs. Kong is that he is extremely fast and agile even though he is huge. The colossal monkey will not have any problem while avoiding and dodging the attacks.

Kong will also get a very special axe in the movie, giving him, even more control over Godzilla’s atomic breath. Moreover, it seems like it can absorb and store immeasurable energy for a short duration to use against foes. Furthermore, Kong will get help from human beings, and they will use all their war machines against the unstoppable atom-powered beast.

We can surely see who will be the winner for the most part of the movie. So in my viewpoint, the movie’s storyline is more favorable for Kong and will make him win over Godzilla.