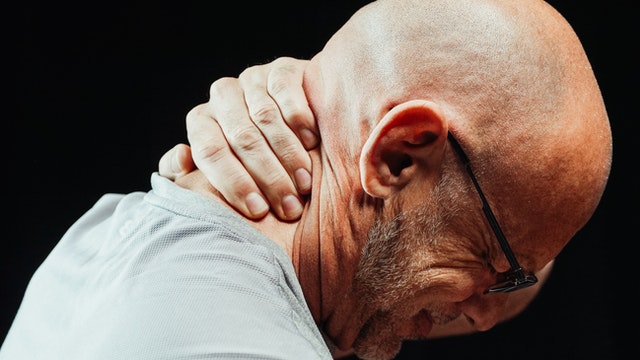 Recently, the cases of whiplash in Atlanta have gradually risen. Due to traumatic and non-traumatic reasons, more and more people find themselves in need of treatment. However, some people mistake this injury as a sprain and ignore the signs. This negligence can come back to haunt you as whiplash is most often a long-term complication, and it can worsen if left untreated. But to get the appropriate treatment, people need to understand what exactly whiplash is.

Whiplash refers to a host of neck problems caused or connected to an abrupt neck distortion accompanied by extension. It usually shows after unexpected strain on the muscles, bones, and nerves of the neck. The cervical vertebrae are the seven vertebrae that make up the neck. During a traumatic incident, excessive flexion and extension can disrupt these vertebrae.

Whiplash has four phases: initial position (before the contact), retraction, extension, and rebound. Because there is no force on the neck in the initial posture, it is stable owing to inertia. Whiplash injuries to the anterior longitudinal ligaments can cause cervical instability. The unusual packing of soft tissues during the retraction phase indicates when the actual damage occurs.

During the extension phase, the entire neck and head extend in length. However, the damage is minimal due to head restraints in the case of car accidents. As a result of the preceding stages, the rebound phase occurs.

The spine creates an S-shaped curve during the retraction phase, produced by flexion in the upper planes and hyperextension in the lower planes, both of which exceed their physiological limitations. Injuries to the lower cervical vertebrae arise during this phase.

On the other hand, there is a complete extension in the head and cervical vertebrae during the extension phase. Consequently, whiplash injuries are more prevalent in the C5 and C6 segments.

●            When a car gets hit from behind, the seat pushes against the back. The cervical spine is thus compressed upward against the head, putting strain on the backbone.

●            The body (which is in touch with the seat) keeps moving forward, while the head (which is not in contact with the headrest yet) does not. eAs a result, the normal C-shape (lordosis curve) of the cervical spine briefly becomes an abnormal S-shape. Intervertebral discs, facet joints, and other neck components may suffer from irregular compression and shearing pressures.

●            The back of the person’s head strikes against the accelerating seat. As the neck rapidly stretches backward, soft tissues near the front neck are likely to be harmed.

●            After slamming against the car’s headrest, the head accelerates in a forward direction.

●            As the head jerks forward, the seatbelt holds back the torso (perhaps averting a far greater injury), and the neck swiftly bends. The back of the neck’s soft tissues become more prone to injury.

Even though car accidents are the most prevalent cause of whiplash, there are other reasons as well.

Difference between whiplash and a sprain

Whiplash (neck strain) is frequently confused with a neck sprain, although the two are not the same. Neck sprains (not whiplash) are caused by damaged ligaments, whereas neck strains (whiplash) result from direct injury to the muscle and tendons. The variations between the two are pretty minor and may go unnoticed by someone suffering from accident pain.

The most significant risk factors for getting this complication include:

When someone is suffering from whiplash, it’s considerably easy to tell that there’s something wrong. In most cases, the signs usually show up a few days after the injury. For identifying this condition, here are some key symptoms you should look out for:

Other than that, there are less common symptoms, such as:

If you don’t visit a whiplash doctor on time and keep ignoring the condition’s signs, the situation could get even worse.

Most patients with whiplash recover in a few weeks and do not appear to have any long-term repercussions from the injury. Some people, on the other hand, have pain for months or even years following an accident.

It’s difficult to say how each person will recover from whiplash. Generally speaking, if the early symptoms were severe, showed up quickly, and included any of the following, you may be more prone to develop chronic pain.

When to visit a doctor?

If you suffer neck discomfort or other whiplash symptoms following a traumatic injury, accident doctors in Atlanta are there to help. It’s critical to acquire an early diagnosis as soon as possible and to rule out broken bones or other injuries that might cause or exacerbate symptoms.

During diagnosis, the doctor will inquire about the incident as well as your ailments. You may also have to assist your doctor in determining the severity of your symptoms and how frequently they occur.

Your doctor will need to touch and move your head, neck, and arms throughout the examination. You will have to move around and complete physical activities for assessment of the following:

For further evaluation, additional tests may be necessary to find the complications. These may include an X-ray, MRI scan, or CT scan.

Treatment for whiplash varies based on the kind and severity of the injuries. A moderate neck sprain with mild muscular discomfort, for example, may only require over-the-counter anti-inflammatory medication. A severe whiplash injury involving a ruptured spinal disc, on the other hand, may necessitate surgery. The treatment’s ultimate objective is to relieve pain, increase the neck’s range of motion, and minimize problems like persistent discomfort.

Resting the neck and upper back for an extended period after whiplash can restrict the range of motion. Other than that, immobilizing the neck with a foam collar might also do the trick. For facilitating recovery, gently moving the neck is advisable. After a rest period, physiotherapy and chiropractic exercises can help improve the range of movement and muscle strength. However, one can have a chat with the doctor before beginning any exercise program.

Regardless of the type of incident, a whiplash injury can leave your body in a sorry state. Understandably so, getting timely treatment is a necessity. However, avoiding risky situations to prevent such injuries from befalling is always a wise move.