STUDY IN BRISBANE: 10 REASONS TO CHOOSE IT 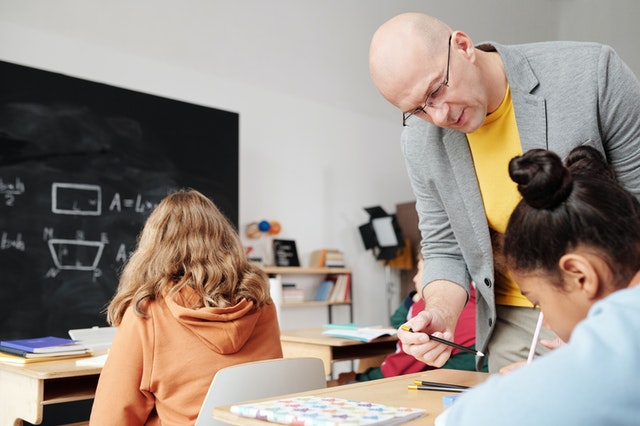 Why study in Brisbane? The truth is that there are millions of reasons why you should decide on the third most populous city in Australia: the sunny and pleasant climate throughout the year, the lowest prices, the unsurpassed natural environment or the favorable conditions for its students, whether national or international.

Brisbane is a very welcoming, safe city with a great quality of life. In addition, it has some of the most prestigious educational institutions in the southern hemisphere.

In short, choosing Brisbane to study is a winning option and one that no one regrets.

REASONS TO STUDY IN BRISBANE

Am I the right person to study in Brisbane? Probably yes. Take a look at the following reasons and find out if Brisbane is the city you are looking for.

1. CHEAPER THAN OTHER CITIES

While Sydney or Melbourne are two of the most expensive cities in the southern hemisphere, Brisbane is considerably cheaper.

With more than two million inhabitants, Brisbane is a large city where we can find everything: cinemas, theaters, concerts, universities, etc … Thousands of leisure and educational options in a city located on the coast that has undergone extensive reconversion from being an industrial city to a very pleasant place to live.

With quite affordable prices to live and study, Brisbane is a great option for those are looking for a place with everything that a big city has but that does not involve an excessive financial outlay.

In Brisbane we find some of the best universities in Australia. Among them, the University of Queensland stands out, located in the top 8 in the country and one of the 50 best universities in the world since its birth. With more than 20,000 students, its studies in Natural Resources are among the most prestigious on the planet.

In addition to this university, the Queensland University of Technology also has a prominent role. In this case, its more than 50,000 students make it one of the largest universities in Australia. In addition, it is part of the world’s top 200.

The Griffith University and the Australian Catholic University, among others, also have headquarters in the city.

Similarly, in the city there are a significant number of colleges for vocational training and English schools. For this reason, the city is chosen by thousands of students from around the world who have made it one of the most diverse cities in Australia.

To get other schools in Brisbane and their details, you can do a school search using School Finder.

Brisbane is one of the cities in Australia that have the best climates. With a humid subtropical climate, temperatures of the city are pleasant throughout the year. The average in summer is between a maximum of 30 degrees and a minimum of 20, ideal to enjoy on the nearby beaches.

In winter, for its part, temperatures range between 15 and 22 degrees, which is also quite pleasant and it is even possible to take a dip in the central hours of the day. It is never very cold in Brisbane and the sun is quite strong, so you can’t forget about sunscreen.

Although there is no natural beach in Brisbane City proper, some of the best on the continent are just a short drive away. Either by public transport or in your own vehicle, you can discover ideal beaches for bathing and surfing just 10 minutes outside the city.

And, of course, within it there is also an option. In the heart of Brisbane, its inhabitants have created a beautiful man-made beach called South Bank Parklands.

Surfers have to go to Surfers Paradise, in the neighboring city of Gold Coast. Also Sunshine Coast between both cities, is another of the most interesting.

If we are looking for a city to enjoy kilometers and paradisiacal beaches, Brisbane is undoubtedly a destination to consider.

5. THE GREAT BARRIER REEF, ONE OF THE NATURAL WONDERS OF THE PLANET

Another of the things that make the surroundings of Brisbane stand out for their great natural attractions, probably the most famous is the Great Barrier Reef.

Without a doubt, the Great Barrier Reef is a must for any tourist who comes to Australia and there is no shortage of reasons. Being seen from space, it is made up of more than three thousand reefs, this makes it the largest living structure on the planet. Then there’s the marine life that you have to see up-close to believe, there’s around 9,000 different species of marine life to see! Then there’s the surrounding islands, The Whitsunday Islands is just a short boat ride away from the reef and consists of 74 tropical Islands. It’s popular location as boat charters like Wings Sailing take tourists from accommodation on the Whitsunday Islands to the reef regularly.

Among the advantages of living in Brisbane, you also have to take into account how economical transportation is. Both national and international students have a 50% discount on local public transport.

Also, the ferry from the city to Kangooro Point is 100% free for students. Likewise, it is also a good city for cycling. Bike rental companies in the city offer discounts of up to 25% to students for using this service.

Being a flat city with many kilometers of bike lanes, it is very easy to get around by bike, either with the municipal rental service or by buying a new or second-hand one.

7. A PLACE FULL OF MULTICULTURAL EVENTS

To study in Brisbane is to enjoy an opportunity to learn about other cultures and enjoy great multicultural events.

In fact, two of the most famous festivals in the city have to do with citizens of other cultures. The Festitalia, made by the Italian colony of the city, is a super fun event that attracts people from all over the country.

The Greek colony, for its part, celebrates Paniyiri in Musgrave Park, being one of the most important Greek festivals in the world.

Brisbane has gone from being an industrial and polluting city to becoming the country’s benchmark as a sustainable city. The bike lanes, the use of renewable energies and their reforestation have managed to completely transform their appearance and achieve a new, much more sustainable life.

Right now there are more than 2,000 parks in Brisbane, with 2,500 different species of animals and plants living on its streets. This makes Brisbane the most biodiverse city in Australia but also one of the most diverse in the world.

In addition, it has made the city one of the headquarters of the renewable energy industry in the country , with a buoyant green economy and in continuous growth.

9. KOALAS AND A UNIQUE FAUNA IN THE WORLD

The forests and sanctuaries where koalas live are located near the city of Brisbane. Perhaps the best known is the Lone Pine Koala Sanctuary, but there are also other places such as the Coombabah National Park or Stradbroke Island with a ferry that leaves from Brisbane and that you can even go and return from the day.

In both Coombabah and Stradboke Island there are also kangaroos and other animals unique to Australia.

In fact, Queensland , the state of which Brisbane is the capital, is the best place in Australia to see koalas in the wild in the wild.

Also security is critical in Brisbane. Australia is one of the safest countries in the world and within the country, Brisbane is one of the cities with the fewest crime rates.

In Brisbane there are usually no robberies and murders, so you can enjoy its cosmopolitan and multicultural atmosphere without worrying about anything.

So now you know, if you want to enjoy an unforgettable study experience, come study in Brisbane and you will enjoy the unique study travel.

How to Choose a College: An Informative Guide

Go Get Hired!: 3 Marketing Jobs That Are Seriously Fascinating

Why Should You Enroll In EV Design Courses?