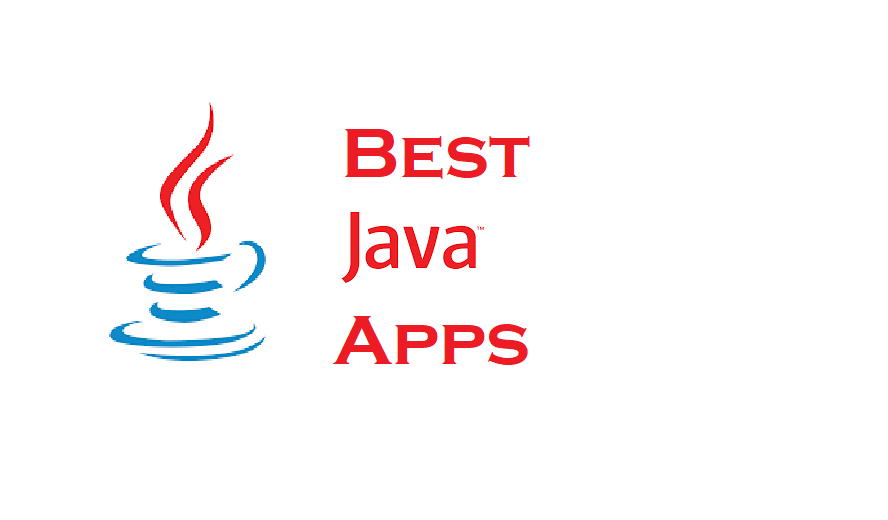 Java has been and still is one of the most preferred programming languages for developing applications, application servers, embedded systems, Applets, Servlets, and more. Java enjoys maturity, stability, and high-level security, having been released for the first time in 1996, acquired by Oracle in 2010, after which its popularity spread far and wide. Java soon became the core programming language for Windows, Mac, UNIX-based systems, and Android applications. To date, more than two decades later, more than 3 billion devices across the globe run on Java apps, with over 12 million developers preferring Java for development. Java has been ranked the first language to be used by developers for cloud applications.

More than this, Java comes with some admirable features, including:

Some popular Java apps under various categories are:

Java is popular for desktop application development. In fact, more desktop applications are written in Java than in any other programming language. This is because it features the AWT (Abstract Window Toolkit), Swing, and JavaFX APIs for developing desktop graphical user interface components.

ThinkFree, an office productivity suite that resembles Microsoft Office Suite, is a perfect example. ThinkFree is written in Java, hence it operates on Windows, Linux, and Mac. It is a collaborative suite designed for professional teams and organizations that offers desktop applications that enable teams to create, edit, save view documents as well as work on them collaboratively. ThinkFree also allows online and mobile-office document management in txt, Xls, Xlsx, Doc, Docx, Ppt, Pptx, and pdf formats.

Java is popular for developing web-based applications, particularly for backend development using Servlets, Struts, Spring, Grails, and more technologies available in its extensive library. It is object-oriented and preferred by web developers mostly because it is flexible, modular, and easily extensible. With support for principles like encapsulation, data abstraction, polymorphism, inheritance, and more, it has become a powerful language developing complex yet stable high-traffic web applications like Spotify.

Spotify, the most popular music streaming application in the world is built on Python and other languages like Java for some backend components, C for iOS applications, and C++ for its desktop applications. Spotify flaunts over 217 million active users.

J2EE or Java 2 Platform Enterprise Edition is a Java web server designed to build and deploy web-based enterprise applications. It is packaged with APIs, protocols, and other features used in the development of multilayered web applications. Developers plump for J2EE thanks to fast and easy coding on distributed servers. Subset implementations of the J2EE, usually known as servlet containers like Apache Tomcat, can also be run separately.

Apache Tomcat, although not a fully-fledged server but a servlet container, comes with the ability to handle both static and dynamic web pages and run on a Java environment. It features additional functionalities including the ability to interact with Java servlets, implement JavaServer Pages (JSPs), and Java Expression Language. A good example of a full EE implementation is GlassFish.

For Android development, Java is by far the most widely-adopted programming language. Java makes it easy and straightforward for developers to write code for multiple mobile platforms. In addition, Java is accepted by Google alongside Kotlin. Further, its own APIs together with Java libraries make Java the most viable language to work with.

Twitter, for instance, uses Java as its core Android app development language. Android phones command over 85% of the market share. Twitter boasts 326 million active users and is the 39th most popular site across the globe.

It is packaged with a sensor board, processor, radio, and a battery, as well as software development tools to enable developers to build applications for their SPOT.

Big data technologies play an important role in processing, analyzing, and drawing information from the large volumes of complex datasets generated every day. Ordinary applications do not have the capacity to handle the vastness of big data. Several big data technologies have been built on Java, including Hadoop, Spark, Storm, Mahout, and more because Java is naturally fit to develop applications that handle large workloads.

Hadoop’s big data framework, released in 2006, facilitates the distribution of massive datasets across clusters of nodes. Hadoop is easily scalable, fault-tolerant, and provides for high availability of data.

Coming to gaming applications, Java is certainly a household name going by all the popular games developed with Java language. Java’s WORA principle allows developers to develop games that ardent gamers can enjoy on literally any device.

Java has been used to create popular games like Minecraft, Spiral Knights, SimCity, Worms, Saints Row 2, and more. Minecraft, built with Java and released in 2009, is one of the best-selling video games of our time.

Finally, it would be an injustice not to mention the significant role Java language has played in supporting scientific programming. Thanks to high runtime performance, the availability of just-in-time (JIT) compilers, together with the development of Java applet for computational electromagnetics (JACE) makes Java quite a promising language for scientific programming. Java-based scientific applications feature a combination of graphical simulations and user interfaces to enable mathematical computations and other scientific operations.

Java is indeed a programming language whose application cuts across various software development fields, yet its full potential is yet to be realized. Together with the rising need for highly secure scalable applications, the Java language continues to evolve to meet industry needs.