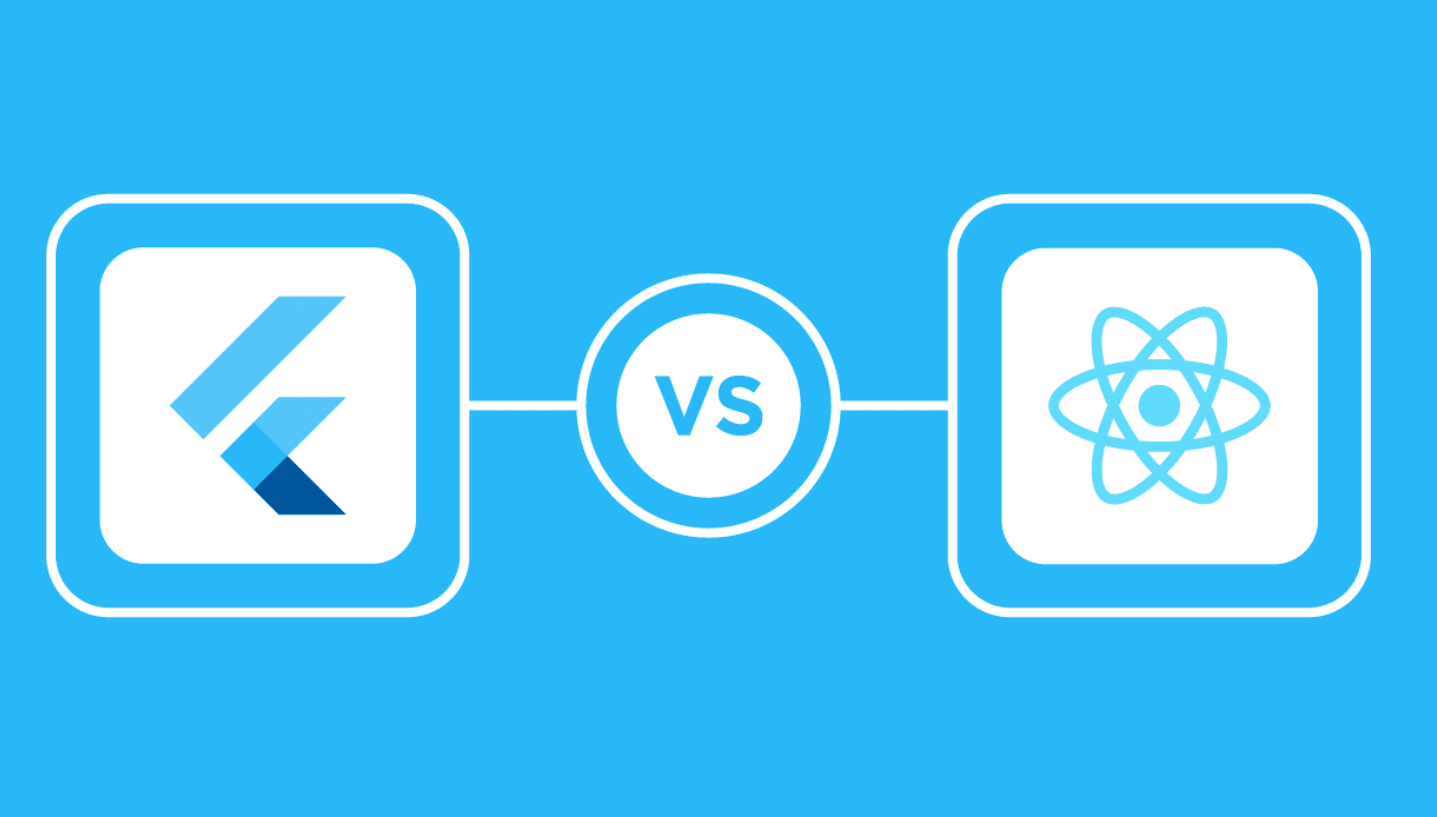 Mobile apps are here to stay for a much longer time. This implies that you may either have to get on board with the idea that your business relies entirely on a mobile app or have to see others gain an advantage in the industry. The choice is simple, but not completely.

Flutter and React Native serve similar purposes and yet, they are compared with each other to know which one is better. Both are leading the market of mobile app development by offering less time to market the app. This means that you can develop an app today and get it on the market by tomorrow.

Despite these similarities, there are a few things that distinguish them from each other. In this article, we will review a comparison for Flutter vs React- which is better to get a better idea.

After doing a bit of research, we have been successful to make five points to compare Flutter and React Native. These points are from different perspectives.

The point applies to developers who have just started their journey in the world of mobile app development. However, the developers who are well-established in the market may also need some time to learn new things.

Developers have been known to take more time to get their hands set with Flutter. It functions on Dart, which is fairly a new language. It is rarely taught to students as its applications are restricted majorly to Flutter only.

React Native is comparatively simpler to learn. It runs on JavaScript, a language that is taught everywhere in the world. JavaScript comes in handy at many other places, making it more adaptable. Developers consider the coding language as their priority before starting a new project. You may simply want to get a rough idea about it while hiring an outsourcing mobile app development company.

Flutter runs on a layer structured architecture. This means that every widget appears at a different stage of development. The top-most widget to appear is specifically dedicated to the platform, where widgets interact with the platform. This is followed by a list of basic widgets that affect the user interface. The final stage allows a developer to animate different features of the mobile app.

React Native is fairly simple in terms of architecture. The simplicity lies in the concept of how it is implemented. The platform is basically a bridge between the language thread and the Native thread. This attracts a drawback of increasing the size of the mobile app, hence affecting its performance negatively.

Graphics is how users see the mobile app on different operating systems. A mobile app generally appears differently depending on the mobile platform on which it is being run by the user.

Users rarely find a difference in the mobile app if it is developed on Flutter. Every feature looks the same unless the developer intentionally modifies a few details. The navigation, too, remains the same. Users barely find it difficult to distinguish between the Android version and the iOS version of a mobile app.

The same cannot be said about React Native. It offers a slight variation on both the mobile operating software. While the differences are not huge in visuals, they can still be noticed easily. A minor OS update affects the mobile app by automatically changing the appearance a little bit.

Improving a mobile app is a never-ending process. Developers continuously seek feedback from users to ensure that the app does not lag in the market. Moreover, bugs can cause the app to malfunction.

The community on Flutter is more active when it comes to resolving the bugs on the platform. It takes less time to fix a bug with less research to be done by the developer. Everything is almost easy to understand. This is also a reason why Flutter mobile app development may sometimes cost less.

React Native takes more time to fix the bug on the platform. Issues do get resolved but the users almost give up till that time. Developers have been found to say that React Native has issues supporting various build flavors.

It is important to review if all the features are functioning as planned. This applies to a new mobile app and to the one that is about to release a major update for its users.

The automated testing tools by Flutter are easier to use. The platform has a large number of tools for different features of the mobile app. Flutter offers a feature to document every testing session to get an idea about what needs improvement.

While React Native does not offer a similar testing tool, it continues to give an overall picture of how a mobile app would perform. There is no official support from the platform. Developers have to rely on third-party tools.

The difference mentioned above may appear to go more in one direction. Truth be told, everything depends on how a developer perceives it in person. React Native may hold a strong position for some developers and Flutter for other developers.