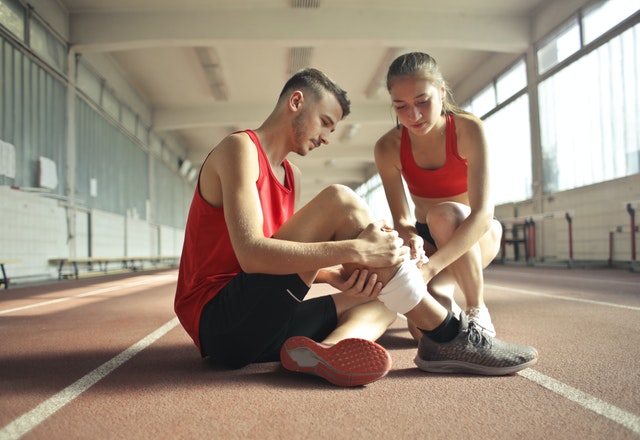 Injuries caused through participation in games or sports, or simply through exercise, can happen to anyone and occur at any time. We have all seen footballers pull up with hamstring injuries late on in the game, despite being thoroughly warmed up having run all over the pitch for eighty or so minutes. The simple fact is that during physical exertion the human body is prone to injury, and this of course is exemplified during sporting activities.

It has been observed that when administering sport injury treatment Brisbane patients commonly fall into three specific groupings; either the person has not been active on a regular basis for some time, they have not warmed up sufficiently before exercising, or they have been involved in some form of contact sport. There are of course thousands of other scenarios but, as a precursor to people reading this who have not yet suffered from a debilitating sporting injury, these are the three main culprits, so be wise to them.

These common causes also lead to numerous commonly occurring types of injury. Whilst these tend to vary from one form of sport to the next, research has enabled them to be categorised in just a handful of injury classifications.

Strains, which are caused by tearing or overstretching the tendons and muscles, are the first and most common of these, and are often easily confused with sprains. Sprains, are in-fact caused by overstretching or tearing of the ligaments, which commonly occur through hyperextension and overexertion.

The next type of injury is especially common to soccer players and other codes of Australian football. They are of course knee injuries. Almost any problem that affects the performance of the knee joint can be classed as a knee injury, and these are most often caused by tearing or overstretching the knee’s tissues and muscles.

Familiar to many a track and field athlete is a rupture of the Achilles tendon, which is located behind the ankle on the back of the lower leg. This also frequently happens to sports people in codes where there is a strong chance that they may be kicked or hit in the back of the lower leg. For example, in hockey games, and especially in forms of martial arts such as taekwondo, karate and ju-jitsu.

Muscle swelling occurs naturally in response to body injuries and is its natural method of protecting itself. This of course can cause pain due to the swollen muscles constricting the otherwise normal state of the body part. Many people will have witnessed such swelling around broken bones, where fractures or clean breaks to fingers, arms and legs often prompt the body’s protective system to pump blood to the area around the problem, causing the swelling. Fractures and dislocations are of course also common in contact sports, where either a bone breaks or becomes dislocated from its socket.

But enough of the usual suspects. How do you avoid finding yourself in the unfortunate position of suffering from any one of the above injuries?

The first and most important thing you can do to avoid a sports related injury is to make sure that you warm up fully and stretch before starting. Warming up makes your muscles far more flexible than when they are cold, and without this, muscles are easily overstretched.

Try to employ correct technique. By using the correct posture, stance and swing for the sport you practice, you will be able to avoid spinal and hip injuries and problems related to repetitive movements such as those seen in tennis, squash and badminton, where the arm is used time and time again throughout each game.

Use the right equipment and if available, the correct form of protection. As just one example, running places repeated stress on the feet and legs, so a good pair of well-fitting running shoes can make a huge difference to the amount of stress that is absorbed before impacting your body.

And finally, try not to overwork yourself. That player in the football game who suffers the hamstring strain despite being warm, is often overworking a previous injury which has not completely healed.

How to Handle Guilt and Shame During Recovery