5 Benefits Of Playing Carrom Board Game 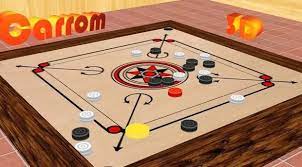 For quite a long time, board games have been a source of indoor amusement. Ludo, Snakes & Ladders, Carrom, Chess, and Scrabble, are some of the most popular board games. These board games were taken online via websites and mobile applications as technology progressed. Despite the popularity of several board games, Ludo and Carrom apps are particularly popular these days.

1. Improves Your Ability To Concentrate

The Carrom game demands a high level of focus and observation. This is especially true in the online Carrom game because you cannot physically shift your posture/stance to hit and pocket your Carrom men, necessitating more focus. Consequently, you experiment with various angles until you achieve the desired outcome.

It’s crucial to get the outcome, but it’s also essential to keep track of it and observe what your opponent did when they were in a comparable scenario. Keeping track of your activities and remaining attentive in the game enhances your attention, which is helpful in today’s noisy world full of distractions.

2. Aids In The Development Of Analytical Thinking

Carom board game pairs two people to play the game, and neither participant knows what to anticipate from the other in terms of gameplay. This increases foresight and helps the brain to act intelligently. Everything adds up, whether one makes forecasts or calculates a result. It all comes down to the game and the opponent, which necessitates a sense of forethought on the part of the player. This ability to forecast the next move allows players to draw the opponent into a trap and divert their attention away from the goal, fostering tactical thinking. In the online carrom game, the mind is regarded as one of the most potent weapons.

Playing Carrom using a Carrom app is convenient and fun, but it also allows you to interact with other people who share your interests online. You respect your opponent’s/talents friend’s when they pocket the Queen you’ve been striving for a long time.

Online Carrom programs that allow you to play with your friends, coworkers, and other people let you bond modernly. Online Carrom games are best app to earn money, incredibly similar to the old Carrom game that we all used to play as children. Online Carrom elicits the same recollections and feelings while conveniently accessible on your smartphone.

They may then better control how the game is played, increasing their chances of winning. Overall, the carrom board game online shapes the player into a better person. Increased attention, sharpness, concentration, and foresight are beneficial in everyday life.

5. Increases The Strength Of Your Immune System

According to research, negativity, despair, and stress might limit your ability to fight disease. Positive emotions and ideas, such as the laughter and pleasure that come with board games, help prevent these side effects by producing hormones that combat stress and enhance your immune system. A simple board game might stimulate the survival genes’ in your brain, causing brain cells to survive longer and aiding in disease prevention.

Invoice vs Bill: What Are the Differences?

It’s Looking Like This Pandemic Will Be Done Soon

An ergonomic desk chair with a headrest is a delight beyond words.